Like every summer, the time came to have a cool free day named team-building day. I don’t really know how other companies do it, but choosing the activity is a part of the show for us. Normally, we use some overcomplicated voting system with many rounds, having campaign speeches in between. The majority of the speeches are held about the voting system itself, not about the activities :)

After this process, which is a bit more complicated than choosing a pope, sometimes we have to recommence everything because we don’t like the outcome. 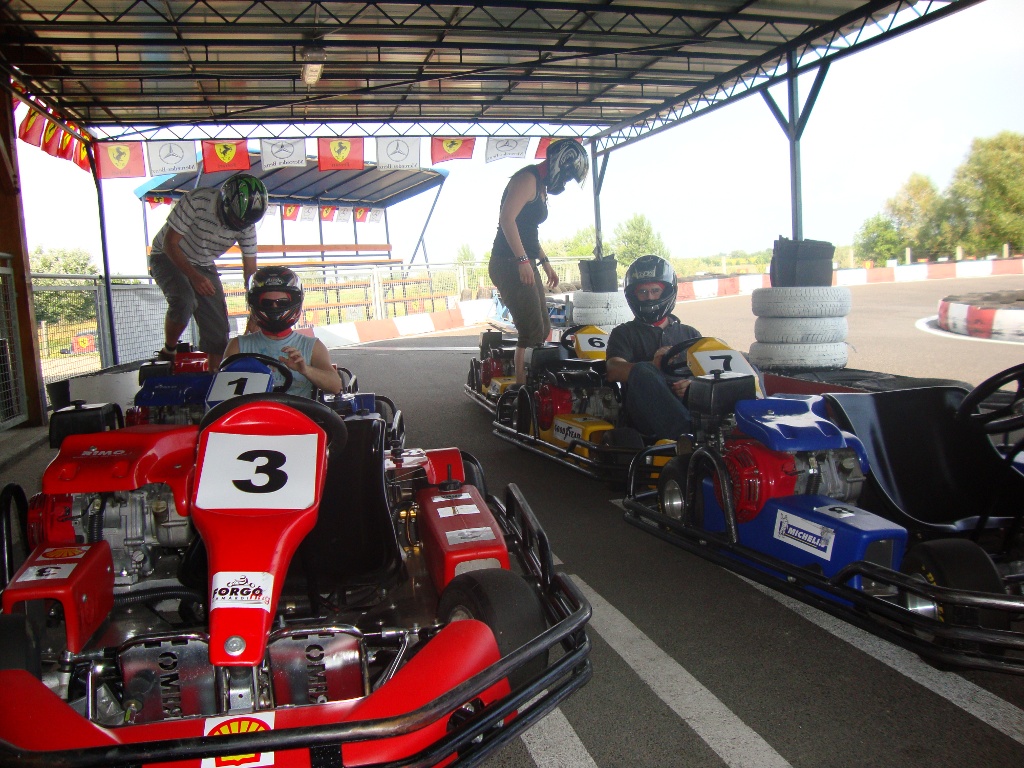 This year we’ve chosen the village Zamárdi near lake Balaton, to try out an adventure park and a gokart  track. At the adventure park we had to go on stretched cables between trees in various poses. First it’s a bit scary and tricky, then it becomes really exhausting.
With gokarting we have a good choreography. We cover some rounds, then we sit and talk about the secret formula which can calculate the real results based on the participant’s weight and time.  We haven’t succeeded yet, but we don’t give up the fight :)